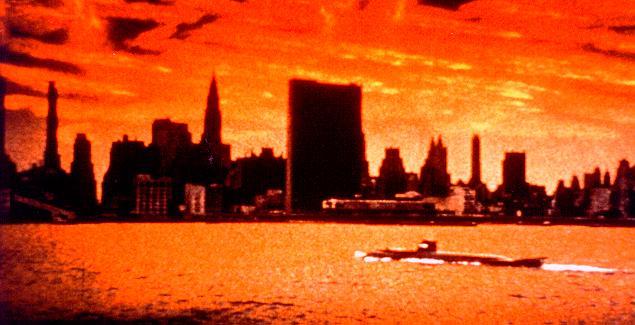 A series of shots (below) taken from the Donruss Company
Voyage to the Bottom of the Sea series of collector cards issued in 1964.

Many of the Donruss series of Voyage cards were modified by
their art department for what they considered to be dramatic purposes.
Included are publicity photos and shots lifted from the pilot episode.

One version of the four foot Seaview model was seen
in Nelson's office sitting on the built-in behind his desk.